China has potential to achieve its bold goals

Delivered by Premier Li Keqiang at the start of the National People's Congress annual session on Friday, the Government Work Report set a growth target of over 6 percent for the Chinese economy for 2021, citing a numeric goal after it was skipped in 2020 due to the COVID-19 pandemic.

China plans to create more than 11 million new jobs in 2021, while keeping inflation rate (consumer price index) at 3 percent and cutting the budget deficit to 3.2 percent. The goal is to increase annual research and development spending by more than 7 percent in the next five years, including in foreign-funded R&D centers in China.

Amid the COVID-19 pandemic and the severe global contraction, China's 2020 real GDP growth was only 2.3 percent, yet it was the only major economy to achieve positive growth. In 2021, international observers project China's growth to increase up to 8 percent, due to a low base in 2020 and the ongoing recovery momentum.

In addition to fiscal and monetary policies, the Chinese government's focus is increasingly on job creation and consumer prices that have a direct impact on per capita incomes. This is vital in light of the modernization goals set in the 14th Five-Year Plan (2021-25).

Some two decades ago, Goldman Sachs's Jim O'Neil coined the idea of BRIC (Brazil, Russia, India and China) economies, predicting China's GDP would catch up with that of the United States by the early 2040s.

During our conversation in 2009, I projected the inflection point to result a decade earlier, around the late 2020s, while O'Neill said Goldman Sachs was also revising its catch-up prediction. Despite the failed global recovery in the 2010s and the United States' tariff wars, these projections remain in schedule and may be accelerating

Chinese economy could surpass US' by late 2020s

As the difference between the US and Chinese growth rates increased from less than 4 to almost 6 percent in 2019-20, rapid recovery brought the Chinese economy closer to the US' economic output, which it could surpass by the end of the 2020s.

In November last year President Xi Jinping said: "It is entirely possible for China to meet the current high-income countries' standards by the end of the 14th Five-Year Plan (2021-25) and to double the economic aggregate or per capita income by 2035."

That would require a growth rate of 4.7 percent to 5 percent in the next 15 years. It is a bold objective, but — assuming continued reforms — within China's economic potential.

A month later, China wrapped up the negotiations on the Comprehensive Agreement on Investment with the European Union, with President Xi and French President  Emmanuel Macron recently calling for its prompt ratification.

Moreover, China's potential is supported by investment and finance. Inbound foreign direct investment in China hit a record high of $144 billion in 2020, thanks in part to the new Foreign Investment Law. And the financial integration between China and the global economy has intensified.

The big question mark is on external efforts to undermine China's potential, particularly the rise of Chinese multinational enterprises in advanced technology.

US-China ties need to be reset, not worsened

Recently, Anne O. Krueger, former chief economist of the World Bank, said: "President Donald Trump's modus operandi was to bully China on trade, foreign investment, cyberspace, e-commerce, intellectual property, the South China Sea, Taiwan, and other issues." Characterizing Trump's trade war as "a failure that harmed both China and the US", Krueger called for "resetting US-China trade relations". That's been the ardent hope of many progressive Democrats and global-minded Republicans.

Yet US Secretary of State Antony Blinken's foreign policy speech, parts of which left Democratic progressives furious, suggests that his China vision builds on his predecessor Mike Pompeo's blunders. It claims to be competitive when it seeks supremacy, collaborative which it precludes, and adversarial when that's not warranted. A potential technology war is a case in point.

Reportedly, the Joe Biden administration may go ahead with a Trump administration-proposed rule to secure the technology supply chains, by allowing the Commerce Department to prohibit transactions involving "foreign adversaries", including China.

Former Google top executive Eric Schmidt, who has headed Pentagon technology commissions, has urged Biden and the US Congress to exploit targeted export controls on high-end semiconductors, "to protect existing technical advantages and slow the advancement of China's semiconductor industry". And since artificial intelligence requires 5G platforms that Chinese high-tech companies have pioneered in commercial markets, the objective is to undermine those companies, including China's nascent semiconductor industry.

National security serves as a ruse to offset the competitive erosion of US high-tech giants relative to new European, ROK, Chinese and other rivals.

By promoting new rearmament drives, geopolitical friction and forever wars, such priorities would further deepen the US' severe income polarization. As the bipartisan Congressional Budget Office has just warned, the US' debt as a percentage of its GDP will soar in a matter of years.

Most importantly, such misguided agendas would derail the dreams of industrialization and modernization in many emerging and developing economies that cooperate with China and greatly benefit from its peaceful development.

Instead of more harm to global economic prospects, what is needed is multilateral cooperation between and among both advanced and developing major economies across all political divides.

The author is the founder of Difference Group, and has served at the India, China and America Institute (USA), Shanghai Institutes for International Studies (China) and the EU Centre (Singapore).

The views don't necessarily reflect that of China Daily. 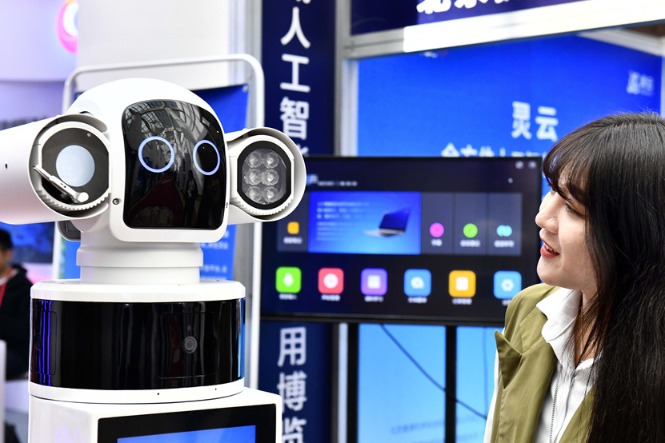 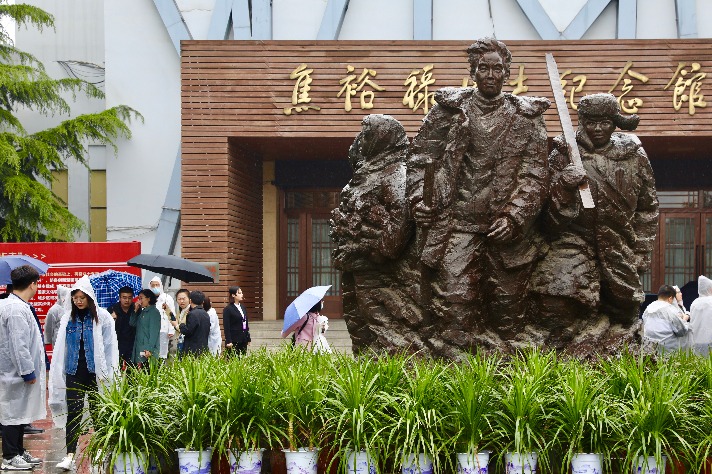 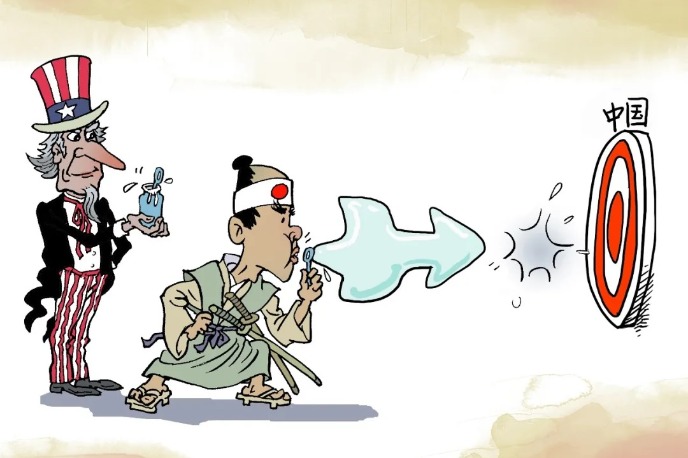 Cartoons: US and Japan have evil ideas on Taiwan question 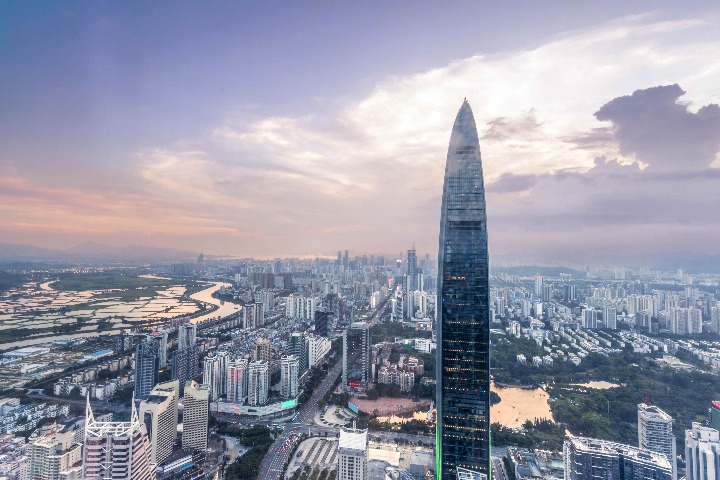 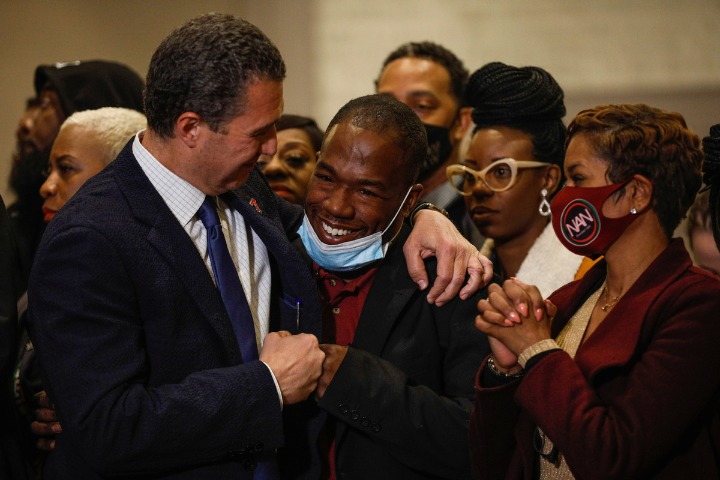 Former US police officer found guilty over death of Floyd 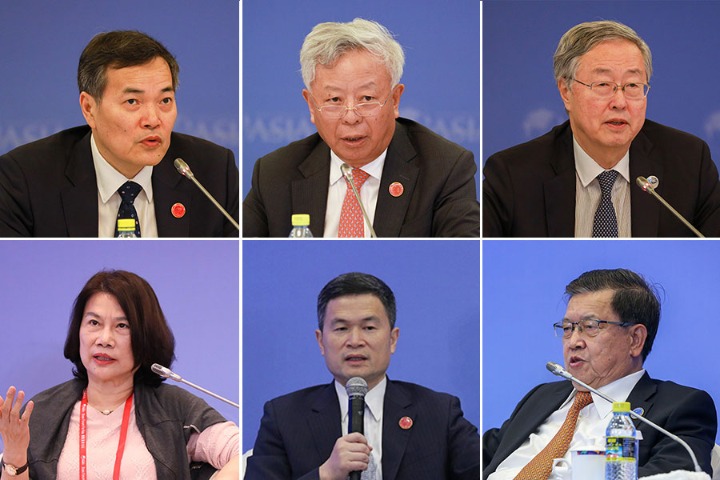