The decoupling of the US dollar-yuan relationship?

In the past, US dollar and Chinese yuan used to move inversely. Recently, that has not been the case. Dollar is appreciating, and so is yuan. Are the bilateral currencies decoupling?

In early December, Chinese business and finance media Caixin reported that Chinese yuan has "broken its traditional relationship with the US dollar."
The breakup was characterized as an "unusual currency decoupling, which has been evident since September."

The real story, however, is nuanced, complex and not just about currencies.

The Caixin report attracted great attention internationally. After all, the relationship between the yuan and the dollar has been relatively consistent since the mid-2010s, as measured by the US Dollar Index (DXY), which reflects the value of the dollar relative to a basket of currencies of some of America's biggest trading partners.

Caixin traced the decoupling back to September 2021. It was visualized with a 1-year timeline. And sure enough, the yuan seems to mimic the dollar's trajectory until late September 2021, which is followed by significant divergence (Figure 1a).

Nonetheless, the current divergence is not the first of its kind. It was preceded by another in the mid-2010s, when the Fed began its gradual exit from ultra-low rates. The dollar soared after the 2015 Chinese market correction until the self-induced double-whammy: US trade wars and pandemic mismanagement (Figure 1b).

There are multiple central economic drivers behind the current decoupling, particularly trade balance. The yuan's recent appreciation has been explained on the basis of China's strong export performance. In November, exports exceeded $300 billion for a third straight month (22% from the previous year). Yet, imports grew even faster to $254 billion (32%). Export growth has slowed on the back of a stronger yuan, and weakening demand due to the Omicron wave and higher costs.

Overall, the drivers of the trade surplus have narrowed, although it remains strong in a 10-year perspective, despite US trade war (Figure 2).

Decoupling has been reinforced by strong capital flows, thanks to China's encouragement of foreign direct investment (FDI) and further opening of capital markets. In the first three quarters of 2021, China's actual utilization of FDI climbed to almost $130 billion (25% year-on-year). Meanwhile, overseas investors have raised their holdings of mainland stocks and bonds by over 11% since the end of 2020, according to data by the People's Bank of China (PBOC).

Foreign investment was strong (17%) in the first 11 months of 2021, including into the service sector and particularly advanced technology (19%). In relative terms, FDI into China from the Belt and Road (25%) and ASEAN economies (24%) surged even faster, according to data by China's Ministry of Commerce.

Even if the Fed's rate normalization will reduce capital flows to Chinese markets, the continued opening of the mainland's financial sector may offset some of the pressure. FDI into China is also likely to be resilient, due to capital inflows from the Belt and Road and ASEAN economies.

What complicates assessments of potential dollar-yuan decoupling is the impact of pandemic uncertainty on monetary policies and rates.

Last October, the PBOC stated it was phasing out the use of the countercyclical factor, launched in 2017 to contain yuan's depreciation. A more hands-off stance toward the exchange rate fosters appreciation. As the PBOC has signaled, the yuan may face a rougher ride in 2022, due to normalization by overseas central banks.

Also, higher interest rates could narrow the yield spread between US Treasuries and Chinese government bonds. The former has traded around 1.6% and is expected to rise. Chinese government bond is currently around 2.8% and could climb to 2.95% in 2022. The gap could increase if the PBOC decides to tighten (Figure 3).

Figure 3 The Yield Difference: US and China Government Bonds (10Y)

In November, US inflation surged to near 40-year high, at 6.8%. Only days later, the Fed indicated it would end its pandemic-era bond purchases in March, thus paving the way for two to three interest rate hikes by the end of 2022.

After the new year, the US reported almost 1.1 million new daily COVID-19 cases, a new global record. The death toll surpassed 800,000. Consequently, the supply disruptions and labor shortages that most countries have seen in the past months will not diminish overnight. And that has significant implications.

Political polarization is likely to escalate, particularly by the US mid-term election in November. Political violence then or in 2022 can no longer be excluded.

Moreover, the Fed and other major central banks have consistently underestimated the persistence of inflation, which was initially seen as merely "transitory."

These effects could significantly worsen, if the assumption that Omicron is the last hold of the pandemic proves flawed. Despite current surges in the US, Europe, Brazil, India and elsewhere, most observers assume that Omicron trajectories will emulate the South African experience: rapid peak, then speedy decline.

In reality, the global pandemic has changed every few months since spring 2020 from the initial virus to the UK variant, superseded by the Delta and Omicron. The number of the vaccinated has increased significantly. Yet, the pandemic effects may linger for months, perhaps years, due to inadequate global cooperation, vaccine inequality and the huge numbers of the unvaccinated (35 million even in the US).

If the next variant proves highly transmissible, as Omicron, and far more lethal than Delta, it will derail all current economic projections.

In the US, inflation and federal funds have moved fairly synchronously in the past half century. The current combination of low rates and high inflation is untenable. In the 1970s, the Great Inflation, following two energy crises, morphed into persistent stagflation. In the 2020s, transitionary inflation may prove not-so-transitionary, especially coupled with secular stagnation in the US, Western Europe and Japan (Figure 4).

In the 1980s, the Reagan rearmament drive deferred the awakening. In the 2020s, US pivot to Asia and new Cold Wars seem to serve a similar function. When economics no longer offers exit strategy, geopolitics does.

After all, the current stagflation has been fueled by the Fed's ultra-easy monetary policy and the Trump-Biden trade war, both of which are contributing to higher prices. The resulting high inflation cannot be subdued without rate normalization.

When the Fed in 2008 opted for ultra-low rates and rounds of QE, it took a risky path that has suck it into a money-printing quagmire. As Thomas Hoenig, former member of the Fed's top policy committee (FOMC), has stressed, the Fed may not be able to easily escape without destabilizing the entire financial system.

And the Chinese yuan? In 2022, it will face centrifugal pressures but fundamentals do not warrant disruptive changes. In November, the weakness of other major world currencies pushed the CFETS RMB Index, China's version of the US Dollar Index, at a record-high of 102.8. Chinese yuan is propelling emerging currencies unlike ever before.

In the longer-term, US dollar and Chinese yuan will decouple. In the short-term, uncertainties reign. And they are not just about economics anymore.

Dr. Dan Steinbock is an internationally recognized strategist of the multipolar world and the founder of Difference Group. He has served at India, China and America Institute (US), Shanghai Institutes for International Studies (China) and the EU Center (Singapore).

The original commentary was published by China-US Focus on Jan 7, 2021. The opinions expressed here are those of the writer and do not necessarily represent the views of China Daily and China Daily website. 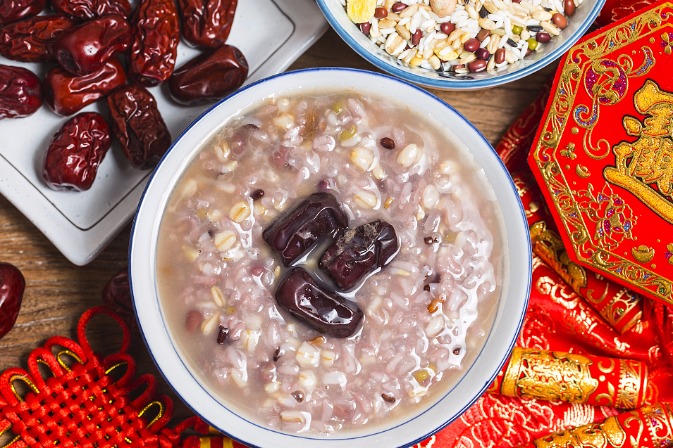 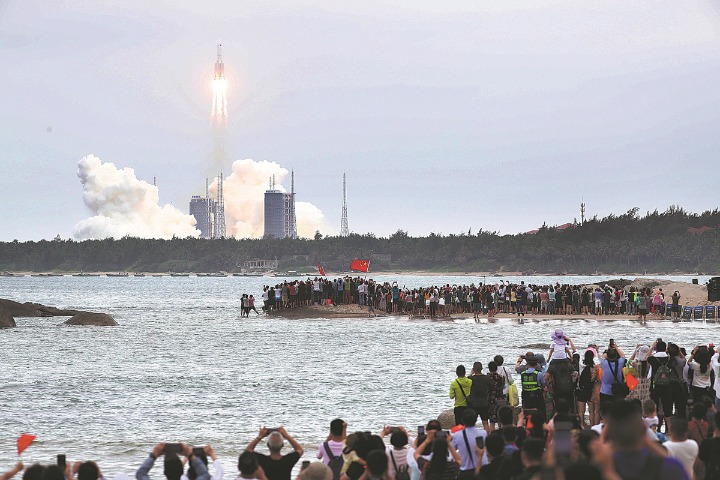 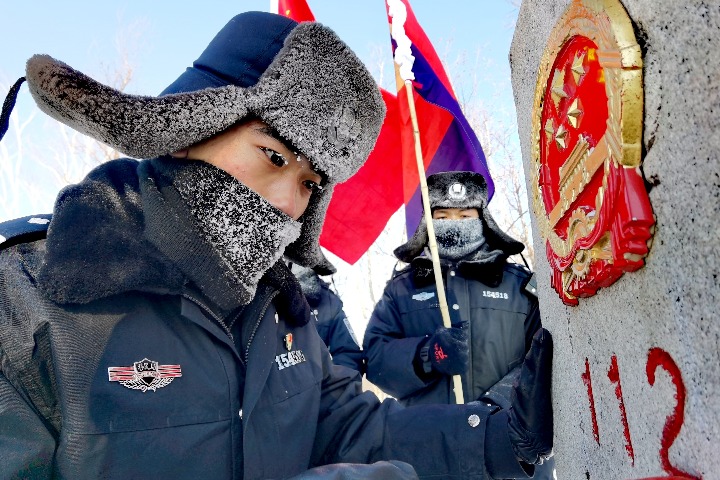 Thank you, our superheroes 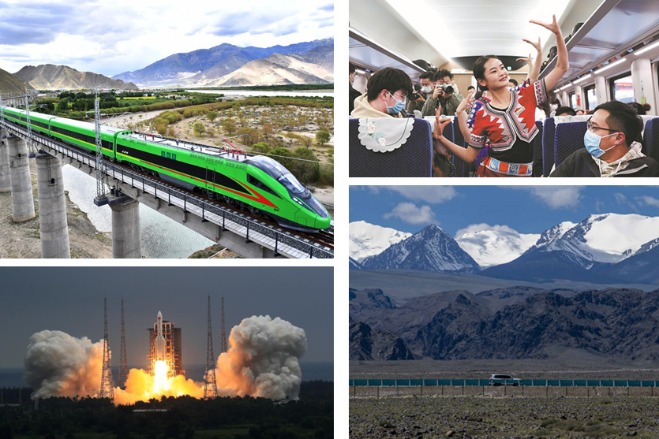 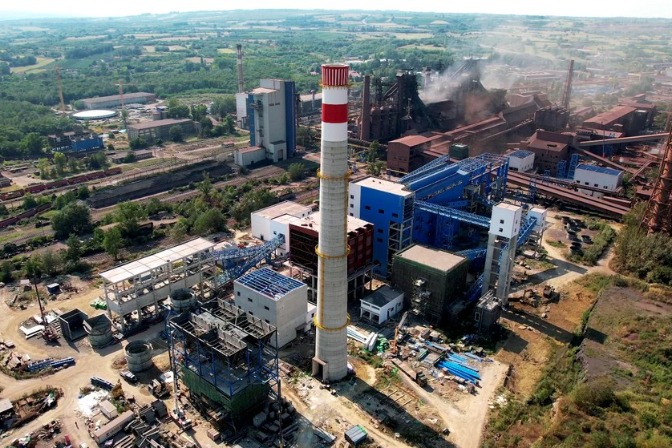 The decoupling of the US dollar-yuan relationship?

US' desperate struggle at home