There are many reasons why it is important for Japan to host the Summer Olympic Games this year despite the COVID-19 pandemic raging in many parts of the world. The obvious rationale for holding the Olympics is that the open spirit of sports competition has a special power to unite a politically and culturally fragmented world.

By inviting open and fair competition from athletes from across the world, this ritual reminds people that even though they may root for their own country's athletes, they are all members of the same human race.

This spirit of open competition helps people to overcome any preconceived notions they may harbor due to ideology or historical conflicts, and bring the people of a diverse world together to see themselves as common members of humanity.

In addition, Olympics holds the promise to help heal humanity during these unusually tough economic times in the wake of the pandemic. The ravages of government policy and health rules have led to the closure of tens of thousands of small businesses around the world. Many, especially among the middle and working classes, are having a tough time in just making ends meet.

But there is also another reason why it is important for Japan to host the 2020 Summer Games on the rescheduled dates this year. It has to do with a very important Japanese norm that I acquired as the child of Japanese parents despite growing up in the United States－thanks to my parents and grandparents. It also has to do with the importance of tightening one's belt to move forward even under the harshest circumstances.

Since my white classmates in elementary school in South Pasadena, California, were not being taught the norms and duties that I was being taught at home, as a child I always wondered why I had to follow a Japanese norm called gambatte, or "come on"-which required me to redouble my efforts to press forward even when it seemed difficult to do so.

Today, you can see the same norm of gambatte playing out in Tokyo where－in spite of the challenges and difficulties posed by the pandemic－the Tokyo organizing committee of the 2020 Olympics is doing everything it can to host a successful Olympics. COVID-19 screenings are being held across Japan, more strictly in Tokyo.

This quality of not giving in to physical or mental pressure and instead redoubling one's efforts to succeed has made a big difference in my own life. Whether it was when facing racism as an undergraduate student in Williams College, Massachusetts, in cold New England－or overcoming racial discrimination on campus when I was an MBA student at Harvard Business School.

Despite those daily challenges, I survived the ordeals and can now say that I owe my career and life's success to the internalized Japanese norm of gambatte.

It is this same norm that once helped the beleaguered nation of Japan to lift itself up from the rubble of World War II and the trauma of nuclear bombings in Hiroshima and Nagasaki, and become an extraordinary economic success by the 1980s.

Many in the international media ask why Japan doggedly holds the course－and insisted on holding the Olympics even though the pandemic is yet to be contained.

As someone who grew wondering why he had to follow gambatte, I can say this same "spirit of gambatte" has driven Japan today to hold the Olympics and honor its obligations to the world－even though the pressure to give up seemed insurmountable.

The writer lives in San Francisco, California, and is the author of Systemic Collapse and Renewal: How Race and Capital Came to Destroy Meaning and Civility in America and Foreshadow the Coming Economic Depression. 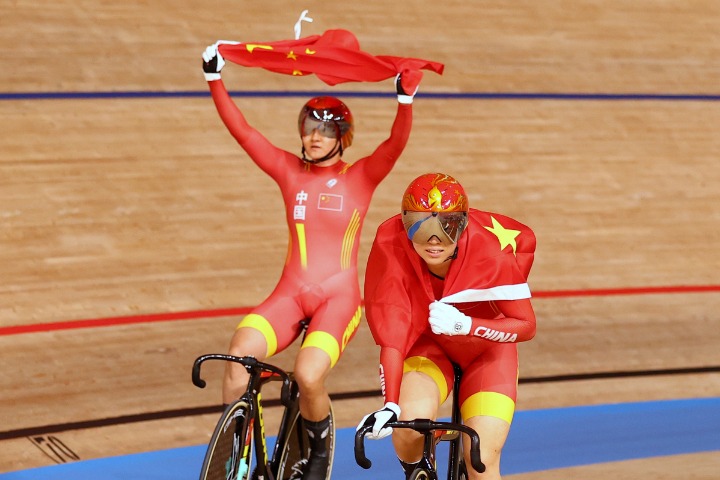